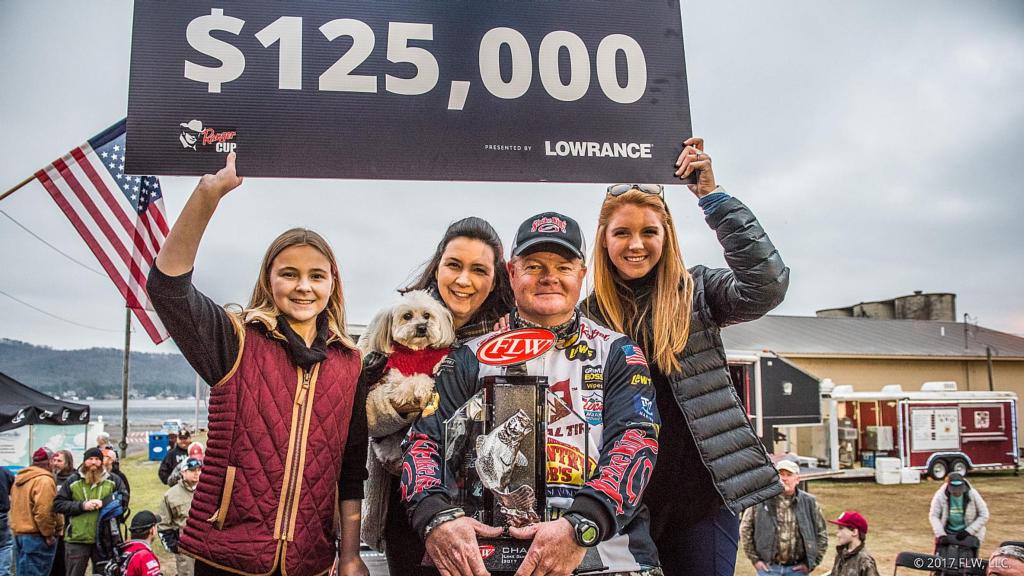 “I knew I had found one little special area, back in Browns Creek,” said Rose, who earned his seventh career win on the Tennessee River in FLW competition. “I just had that gut feeling that it would be special. Nobody else was back there and when I went there on the first day nobody came within a mile of it. I fished other areas, some grass, but all 20 of the bass that I weighed in came out of Browns Creek.

“I figured out a bait that they were just swallowing – an old Strike King Flat Side crankbait, part of their custom shop,” Rose said. “I was using the chartreuse and brown and a shad color. I just switched to the shad today – I made one cast with it and caught my last fish, a 5-pounder. That was at 3:15 and I had to check in by 3:30.

“I fished slow, and just keyed in on rock. I didn’t even make a cast under the bridges. I knew that there were a lot of scattered big fish up and down the rip rap and I’d let everybody else fight on the pilings.”

Rose and Thrift had found themselves in a similar situation at the 2014 FLW Tour at Sam Rayburn Reservoir. In that event Rose held a 2-pound, 14-ounce lead over Thrift heading into the final day of competition, but lost when the North Carolina pro caught 17 pounds to overtake Rose and win the $125,000. Sunday at Lake Guntersville, Rose caught enough to hold off the hard-charging Thrift.

“Any time Bryan Thrift is in the top 10, it’s going to be close,” Rose said. “I felt like I slipped up the last day and lost that Rayburn event. This one, I made Thrift have to beat me. If you want to win you’re going to have to beat the best, and he’s one of them.”

Read the rest of the article on FLWOutdoors.com