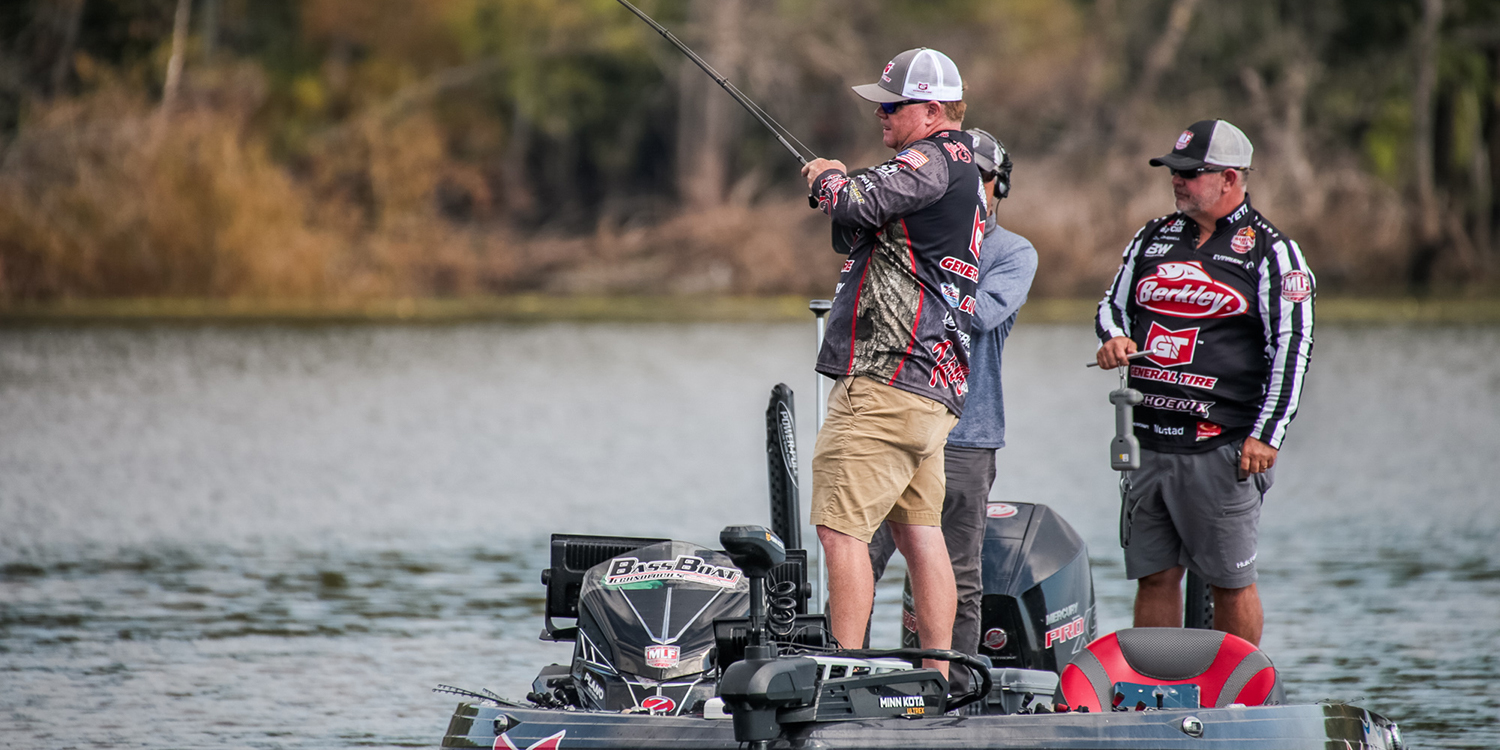 Mark Rose sets the hook on one of his 49 scoreable bass he caught during Thursday's Elimination Round. Photo by Phoenix Moore

LA CROSSE, Wis. – You’ll be hard-pressed to find a better way to celebrate a birthday than how Mark Rose just celebrated his. The Arkansas pro locked up a spot in Knockout Round 2 thanks to his fourth-place finish in Thursday’s Elimination Round of REDCREST Presented by Venmo.

The now 48-year-old pro caught 67 pounds, 8 ounces of bass—the highest weight total of the day—to vault himself inside the Top 20. Rose was all smiles in his air-conditioned truck afterwards, but his almost-perfect day was missing one key component.

“It would have been a lot better if I had my family here with me,” Rose said as he picked at the Mississippi River sand between his fingernails. “It was a great day in the outdoors. I grew up fishing the Mississippi River with my grandad and it’s where I cut my teeth. To have one of the best days of my MLF career today, it made it a birthday I won’t ever forget.”

Alone on the Move

“I’m really thankful I made it going up against this caliber of fishermen that we have,” Rose explained. “It’s hard to work your way up near the top like I did because all of these guys want to keep you from doing that, and usually they’re pretty good at doing so. I haven’t really done that this season, so it was nice to be able to do it here.”

Rose attributed his stellar run to a combination of good baits and quality location. That location he chose not to disclose. As far as the baits he was using, well, he likes to keep those like his birthday wishes: a secret.

“I did the exact same thing I did yesterday, I just made one minor change with a bait,” Rose said with a wink and a grin. “The fish were schooling better today in the spot I was in. The shad were plentiful, the bass were more active and it was all largemouth.”

Rose will have Friday off as he prepares for Saturday’s Knockout Round on Pool 8. He will get a four-hour ride around on Pool 7 (the site of the Championship Round) tomorrow morning. Once that’s done, he knows what he’ll be doing.

“I’m going to try to eat breakfast really close to that spot tomorrow morning,” Rose said with a chuckle. “I want to keep an eye on it and make sure that the other guys aren’t hitting it too hard. I hope the area replenishes by Saturday because I absolutely wore it out. If that area turns back on, it has potential. It has everything I need right there.”